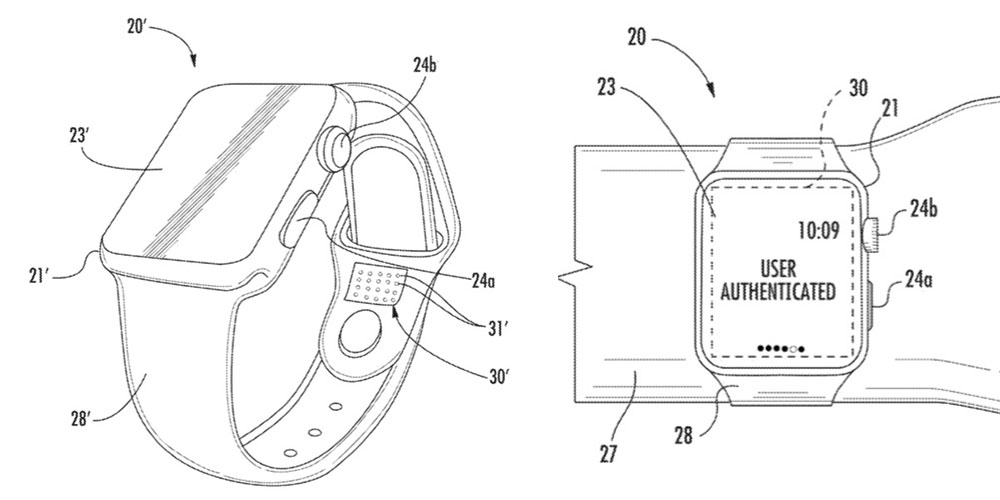 Apple’s first patent above shows a biometric sensor inside the watch band that identifies the user by their skin texture pattern. This could be very useful for people who want security on their Apple Watch but don’t want to go through the pain of typing their password on the screen, e.g. when confirming a transaction. This biometric sensor could easily and quickly authenticate the user on the device. It could also be used to authenticate Apple Pay transactions from your Apple Watch. 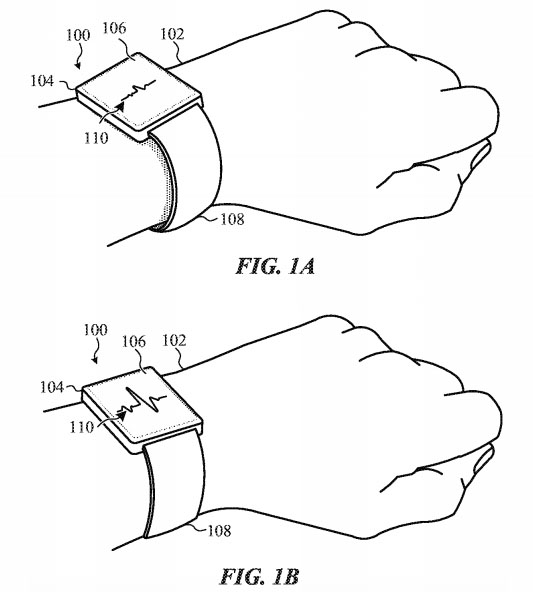 The second patent shown above is for a self-tightening Apple Watch band. The patent says that this feature could serve for a two-factor authentication system.  If you would wish to access your banking website, for example, you would require your credentials and verification of several tightening-loosening patterns sent to a wearable electronic device previously authenticated by the banking website.

However, the self-tightening feature could also be useful in other scenarios. For example: During a workout, the watch band tightens to measure your heart rate more accurately and loosens a bit once you’ve finished your workout. It could also tighten the watch when it senses you have put it on. 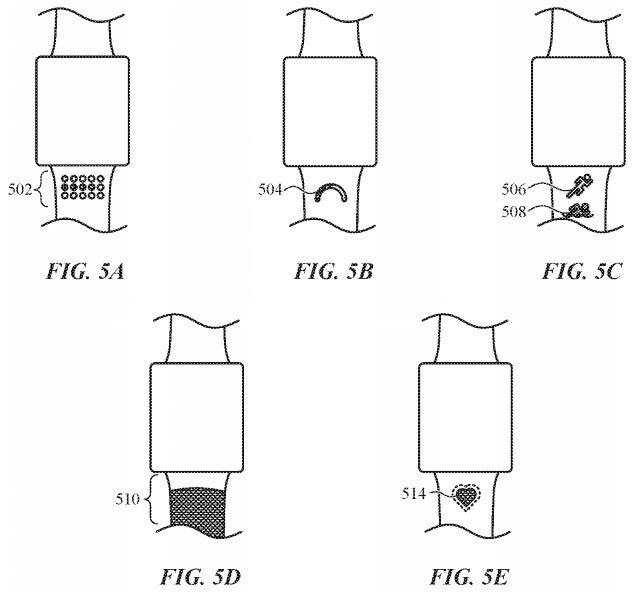 The third patent above shows different types of LED indicators. These indicators could let you quickly check how far you’re into a workout, your battery percentage, if you have cellular connectivity enabled, your heart rate, etc… The LED  indicators could be used to display many things.

We think that Apple could come out with something like this in the Apple Watch Series 6 in 2020, although we must remember that Apple is granted dozens of patents every single week and most patents don’t get implemented.

What are your thoughts on these smart Apple Watch band patents? Let us know down below in the comments.

Also, make sure to check out this super soft silicone Apple Watch band by Nomad ($49 on Amazon). 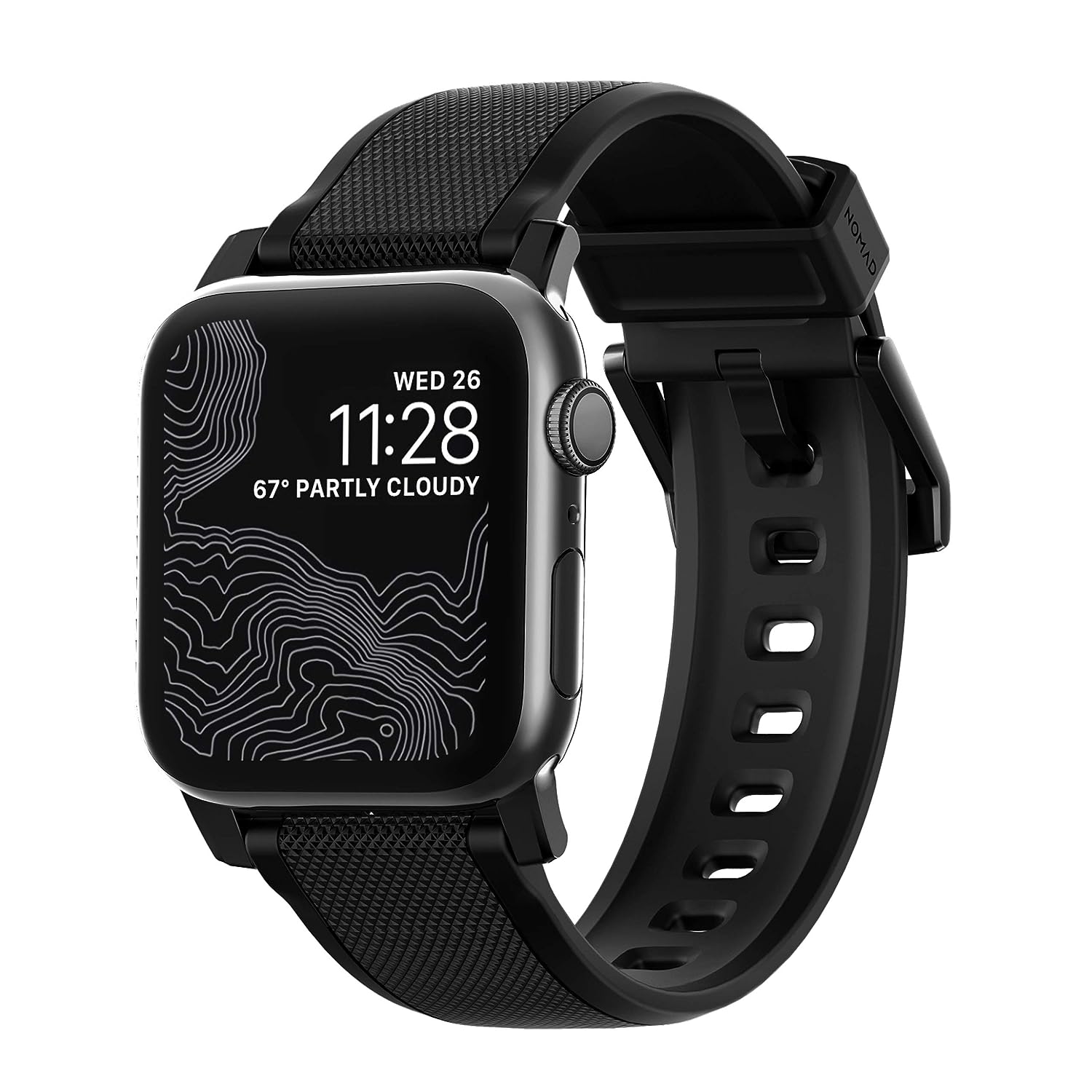