In the beginning of September Apple introduced the all new Apple Watch Series 4. Not only did the design receive significant upgrades, but also the internals. iFixit did a complete teardown of the Apple Watch S4 with some interesting insights. 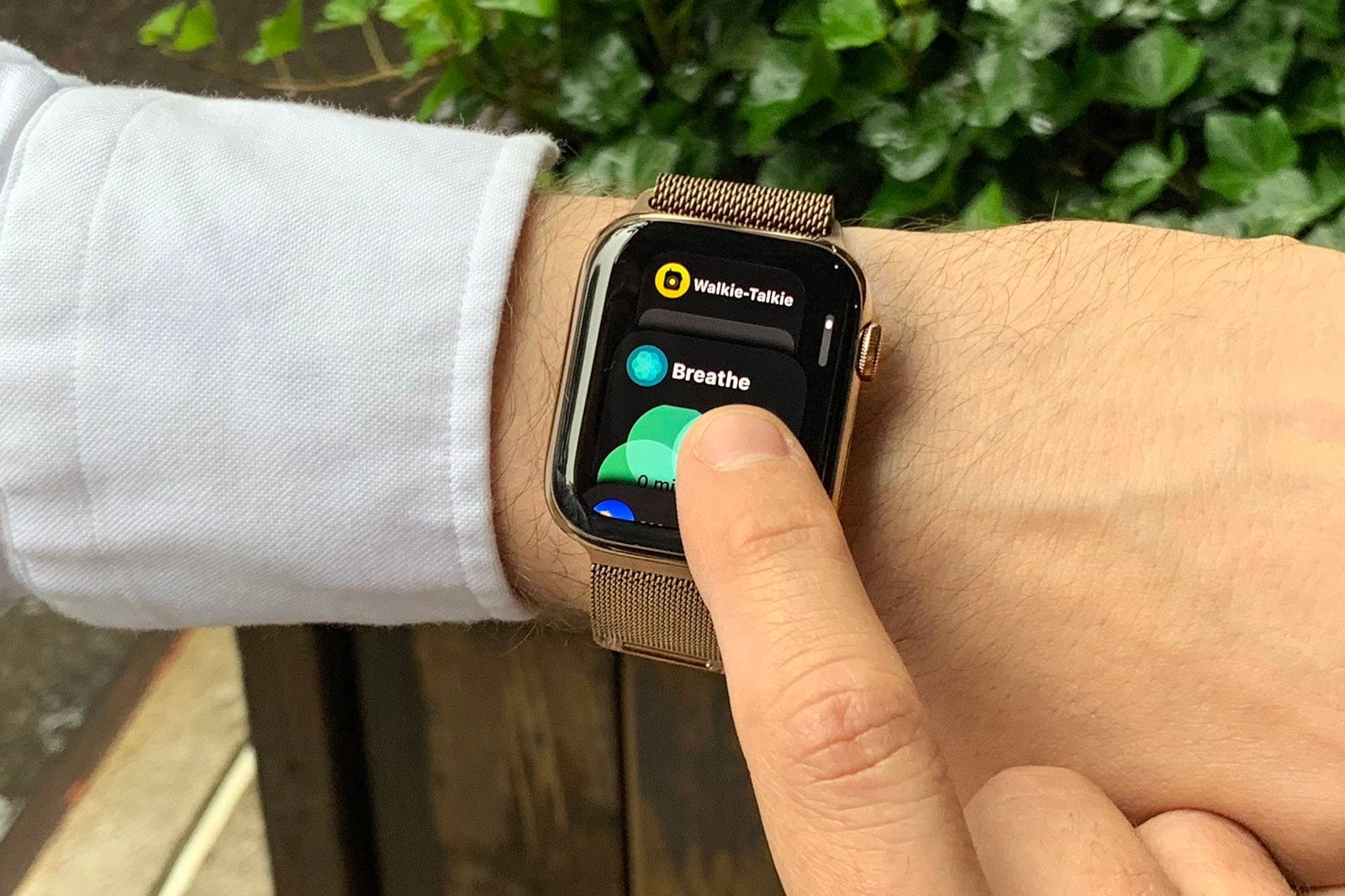 The original Apple Watch was revolutionary upon its release, but the yearly updates have been mostly minor—until now.

Where the first Watch was awkwardly layered together and used too much glue, the Series 4 feels much more thoughtfully laid out.

Apple pundit John Gruber has compared this to the leap in design brought by the iPhone 4, and we might even go a bit further and call it an iPhone 5: a device that knows its priorities, and wants to look as elegant inside as out.

It might be 1.12 Wh, depending on which side of this battery you believe. Regardless, that’s at least a 4% capacity increase over last year’s 1.07 Wh Series 3.

We liked the fact the Series 4 indeed became more organized inside. If you take a look at all Apple products, then you will notice how every iteration of a product becomes cleaner, usually more dense, and simply more beautiful. Even the parts which customers are unlikely to ever see. This attention to detail has always been the core DNA of Apple.

Take a look at the pictures below for more details. 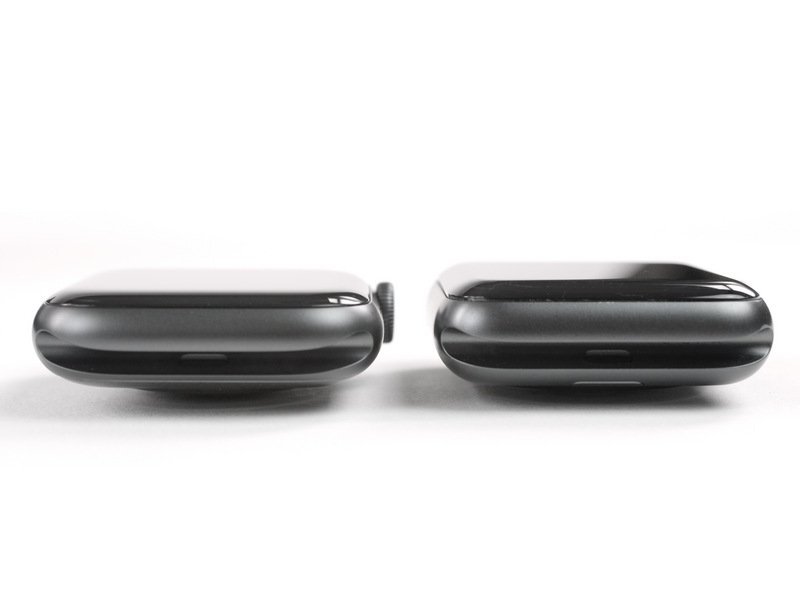 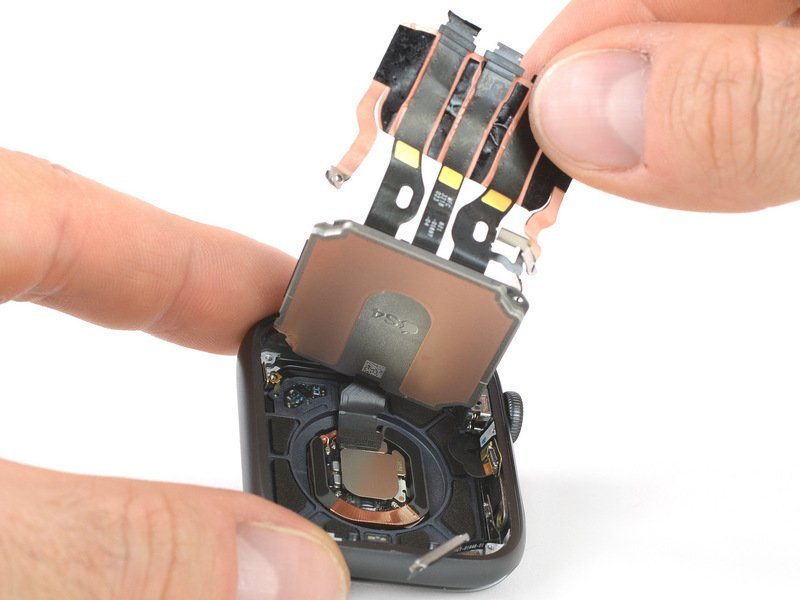 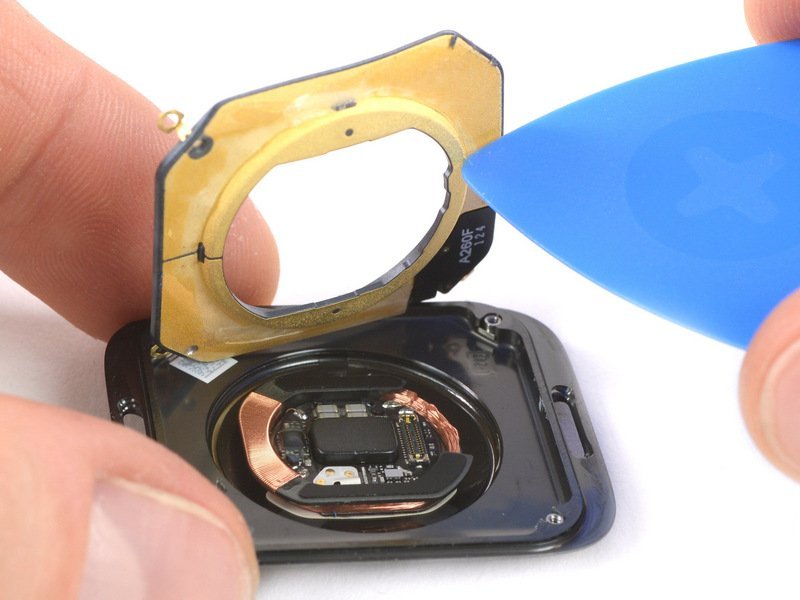 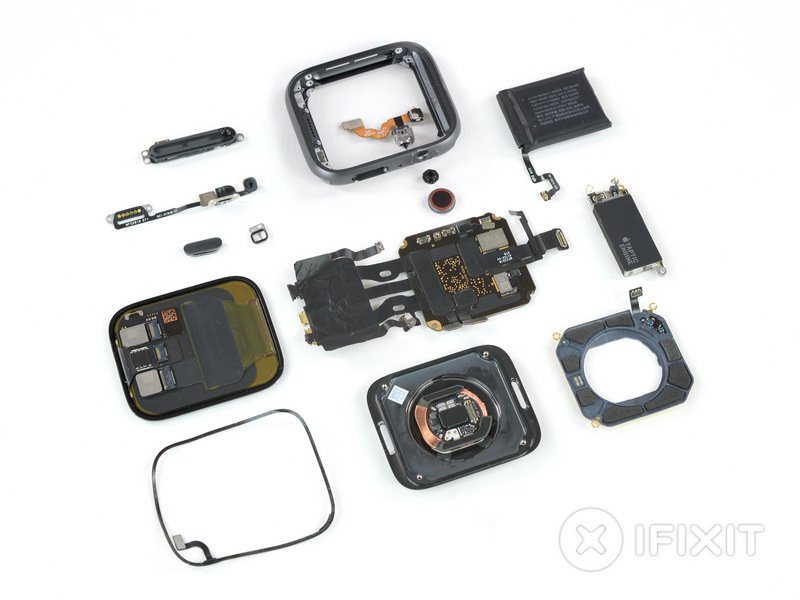