Ever since the Apple Watch Series 4 was released, people (currently US only), started taking many ECG readings. Unsurprisingly, the data turns out to be very accurate, since it matches clinical devices in many ways, and is superior in others (an Apple Watch is always on you). 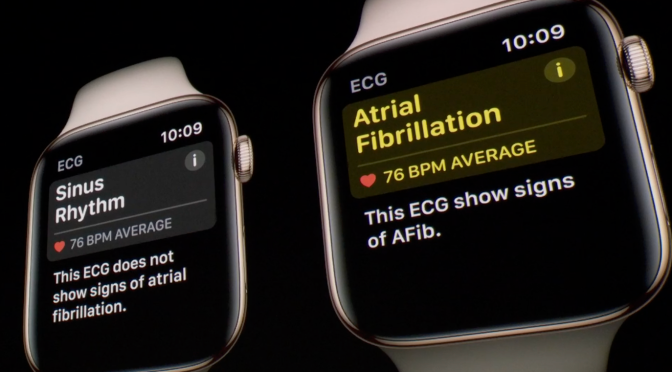 Now a Reddit user described how an ECG reading from his Apple Watch made him go to the doctor. The doctor later confirmed premature ventricular contraction, a condition where the heart does not have regular heart beat.

The user also shared another interesting story of an Apple Watch sceptic:

“I should also add that one of my very good friends is a nurse and we had a very heated argument about the Apple Watch ECG when the watch first came out. She was basically fuming about how worthless a single-lead ECG would be and of course the very real concerns about people trying to self-diagnose themselves.

I sent her this chart today and she was also very impressed. I think she didn’t realize how useful it could be until actually seeing the results.”

The Reddit thread sparked an interesting discussion. Read it below:

My Apple Watch captured a premature ventricular contraction (PVC). My doctor was impressed. from AppleWatch