As you know, we have been waiting anxiously for Apple to release the new iPad Pros for a while now. After all, there were some long-due upgrades. Finally, Apple has shown us their latest and greatest generation of iPad Pros.

In a press release just a couple of hours ago, Apple tells us about their new iPad Pro. As we predicted, this tablet receives critical upgrades to the camera, improvements to the audio, as well as introducing some new accessories.

The first thing you see when you look at the iPad itself is that enormous new camera zone. Apple has added a new ultra-wide lens to the iPad Pro, making it the first iPad ever to have multiple cameras. We imagine that you’ve also noticed the darker blip next to it: that’s the new LiDAR Scanner. What this does, is it measures the distance between the iPad and its surroundings, enabling stunning new possibilities in AR. This new scanner makes everything AR on the iPad Pro ten times better. Now, you can remodel a living room in an instant, or measure someone’s height more precisely than ever before. 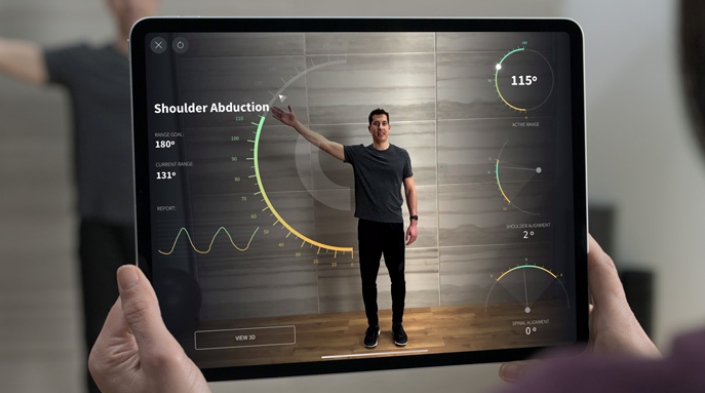 Now, there’s a 12MP Wide camera that captures amazing photos and rich 4K video, and an additional 10MP Ultra-Wide camera which enables you to get a much wider shot and fit more in the frame. Like the recent 16″ MacBook Pro, Apple has added Studio-Quality microphones to the iPad Pro, giving it extremely clean sound, and enabling your iPad to do more than ever before on its own. As you have most likely noticed, you can order a separate new “Magic Keyboard” for the iPad Pro. this breakthrough keyboard allows a new trackpad onto the iPad, enabling you to be much more precise when it is required. The keys have 1mm of travel and deliver superior typing experience compared to previous models. The keyboard hinge can also make the iPad seemingly levitate in mid-air, to give you ultimate customizability as to how you want to view the content on your iPad.