Remember when many Swiss Watch executives proclaimed that the Apple Watch was not a threat to their classic brands? Well, the Apple Watch saw basically steady growth, and beat all previous industry assumptions and expectations.

Especially 2014 was dominated by headlines like these: “Swiss watch industry denies threat from Apple Watch.” or “Why Swiss watchmakers won’t be worried about the Apple Watch – for the time being”. Well, things changed, not in favor of the Swiss Watch industry. But just because Apple dominates the market, doesn’t mean that there is no space for traditional watch brands. 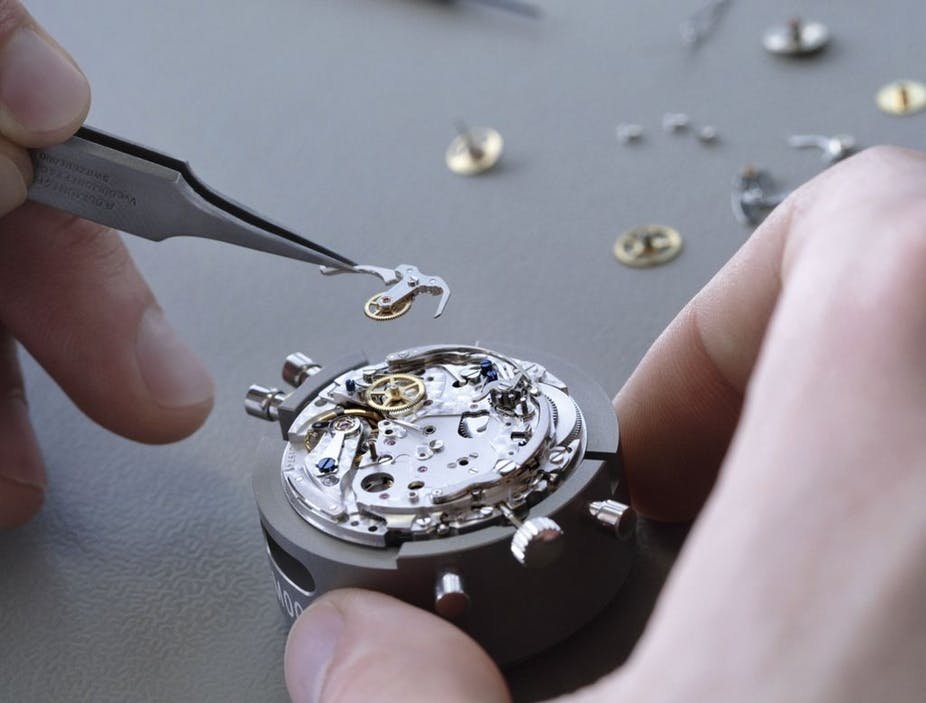 Recent data from the market research firm Canalys paints a dark picture for Swiss Watches. For the first time since the Apple Watch came to market, it completely outsold the entire Swiss Watch industry in Q4 2017. Apple sold about two million more watches, than the entire Swiss Watch industry combined. In 2017, Apple shipped 18 million Apple Watches, which is a 54% increase compared to 2016. This impressive growth worries traditional watch makers. 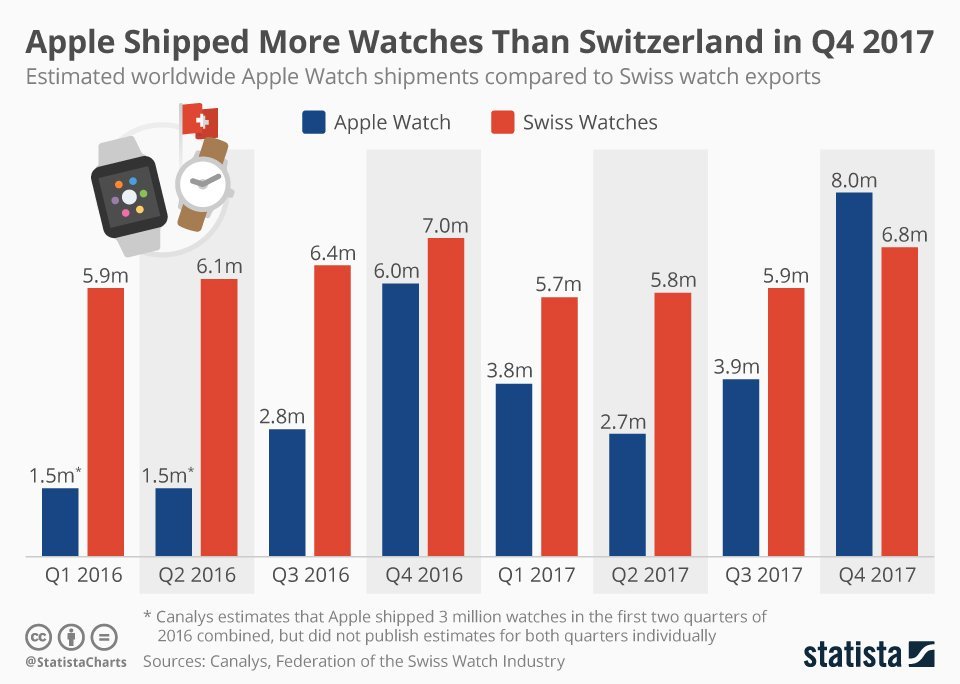 Canalys Senior analyst Jason Low also stated: “Apple has won the wearables game, (…) Despite innovative designs, such as the rotating bezels and circular screens employed by other vendors, Apple has pulled far ahead as it continues to focus on its core iPhone user base. Its recent updates to the Series 3, such as GymKit and Apple Heart Study, are proving to offer compelling use cases, encouraging users to spend more on accessories.” 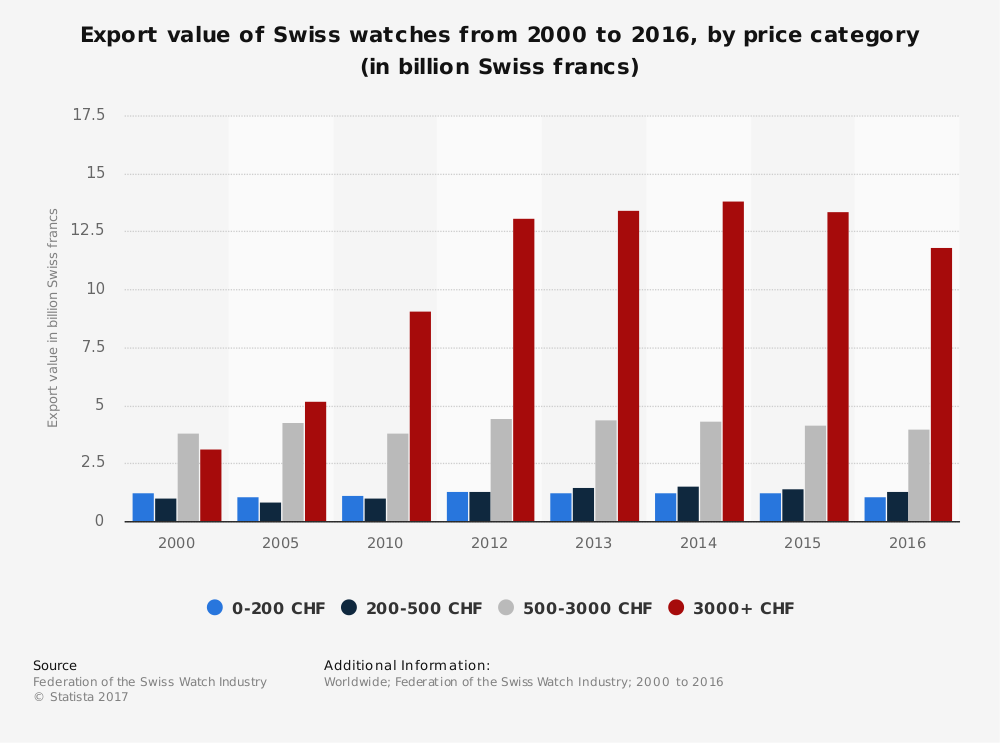 Another telling statistic is that Swiss Watch exports remained stagnant, or were dropping (especially high end watches). People now mostly check their time on the phone or Apple Watch, and the classical mechanical watch becomes increasingly an object for people attached to the mechanical timepiece.

This doesn’t mean that it’s game over for the Swiss Watch industry as a whole yet. As Android Wear will become a better user proposition, watch companies can experiment with an interesting blend between tradition and modern digital watches, like TAG Heuer did. 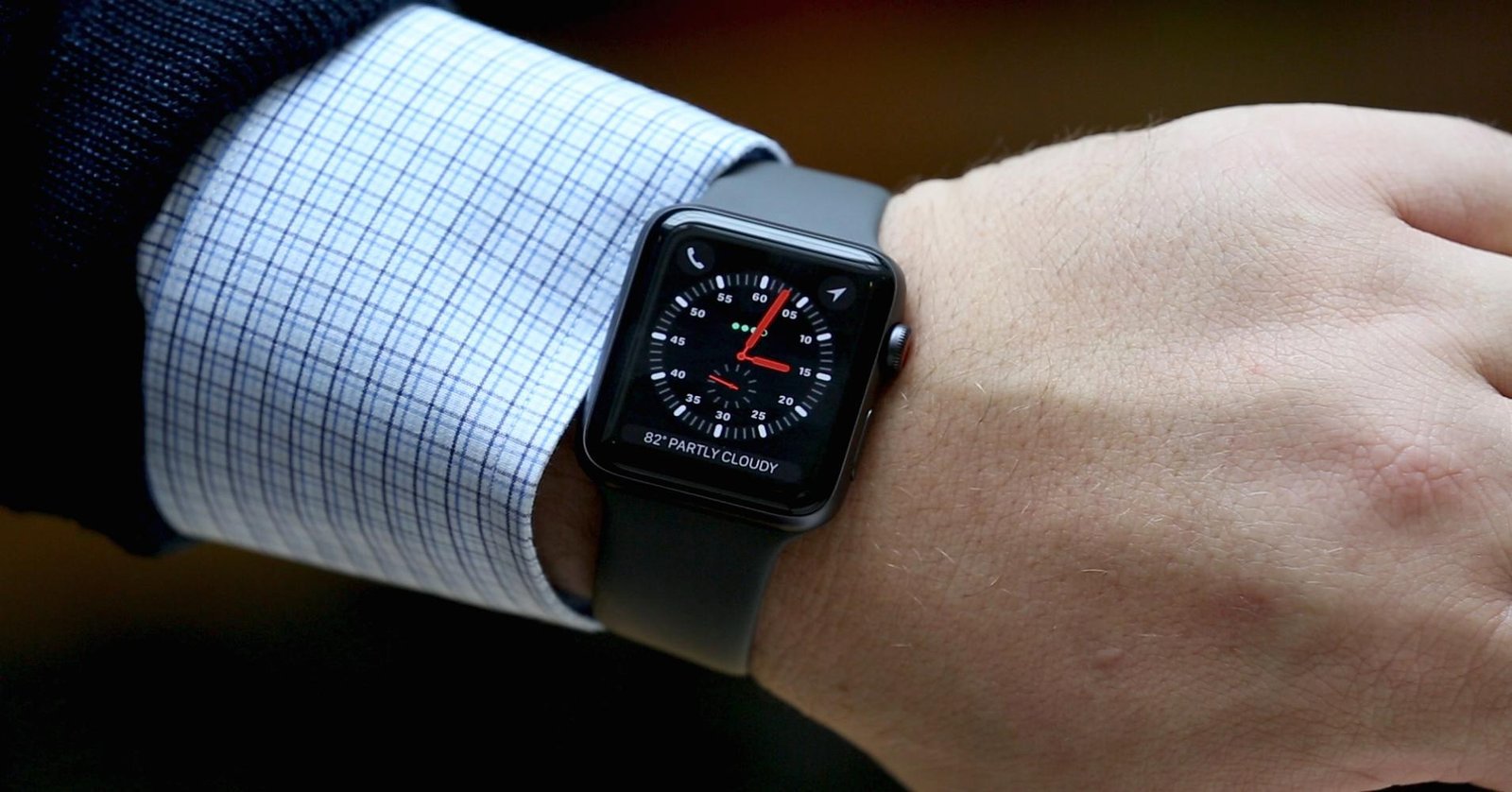